"A word to resonate across all of time and space. Of all creation. Inferno."[1] 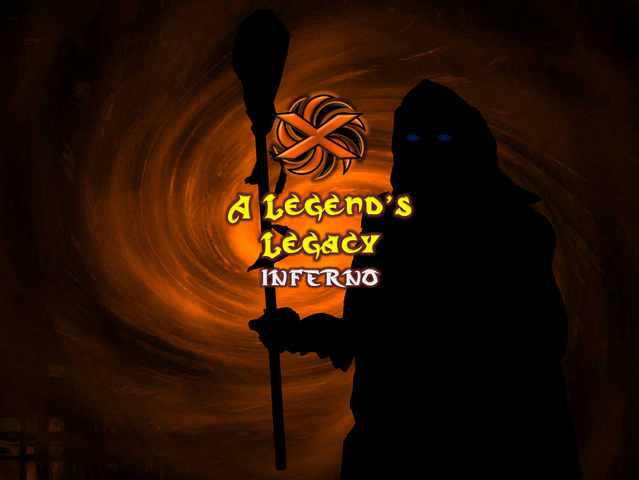 After the world's imbalancing, resulting in the destablilization of Oraclos the Worldholder by the magicks of Sinseid and the Fallen Sun, new evils arise. The effects of the Great Turnback conclude, and new timelines begin to merge, take shape, and change Outhria and its inhabitants forever, but nothing is as good as it seems.

With the world's barriers broken, multiple sleeping evils from within Outhria and its dimensions outside have awoken. One of them, known as the "Inferno", the All-Father, the creator of the Outer Old Ones, seeks to destroy all of creation, to reshape it in his image, his desire, unhappy with how it has come to be, and Outhria stands in his path.

The expansion includes an increase to the skill and level cap, up to 140, as players journey onto the otherworldly continent of Ibeon, the "World Beyond the Horizon". As adventurers seek to stop the forces of the Inferno, they will conquer new dungeons and raids, complete perilous adventures and quests, solve great mysteries, ultimately learning of the Outer Old Ones, their ambitions and paths, and the meaning of the Inferno itself.

A Legend's Legacy: Inferno was released on February 3rd, 2018, after being briefly mentioned by Sinseid[2] in the Worldgate and through unlocking the powers of Reliquiae, the Unknown Gift. [3] Unlike the previous expansions, in which they were co-developed by both leaders, this expansion is mainly spearheaded by The R.B.

A world lost to time, the land of Ibeon was once upon a time a trial land for the gods to practice their crafts; strange creatures never before seen stalk the surface, as most mortal races dwell is a few underground holds, the last bastions of safety on a primal land.

An ancient evil has begun to stir deep beneath the land, the essence of his malevolent being seeping into the beings that stalk the surface, transforming them into lumbering behemoths. The players now must turn the tide of the behemoth threat, and help the people of Ibeon reclaim the surface world for themselves, before pushing deep into the depths of the world to face the great Inferno, and end the old gods threat, once and for all.

Adventurers begin their quest of the expansion with the questline known as The World Beyond the Horizon.

Players will journey to the wide, dimensional expanse of Ibeon. The zones start at Level 130.

There are several dungeons and a raid within the mountain of An'uldyr. One raid was added with the release of the expansion, as well as several dungeons. There are a few repeatable scenarios for adventurers as well.

Retrieved from "https://legendlegacy.fandom.com/wiki/A_Legend%27s_Legacy:_Inferno?oldid=12545"
Community content is available under CC-BY-SA unless otherwise noted.