Fujisaku's Akimbo Needlette is an uber godly weapon and the weapon of choice for Fujisaku No Sai, Chief of Aerous Isle. It is a very powerful weapon, boasting both silenced needle bullets and a razor-sharp blade. It requires Needler ammunition which also drops from the same source. It is also one of the rare hybrid weapons in the game, being both a gun and a blade. The toggle can be switched by pressing the X key.

The guns itself are made of three unknown elements.

This weapon drops from Fujisaku No Sai in Aerous Isle, either on Prodigy or Master difficulty. 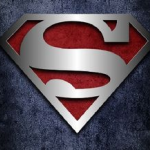